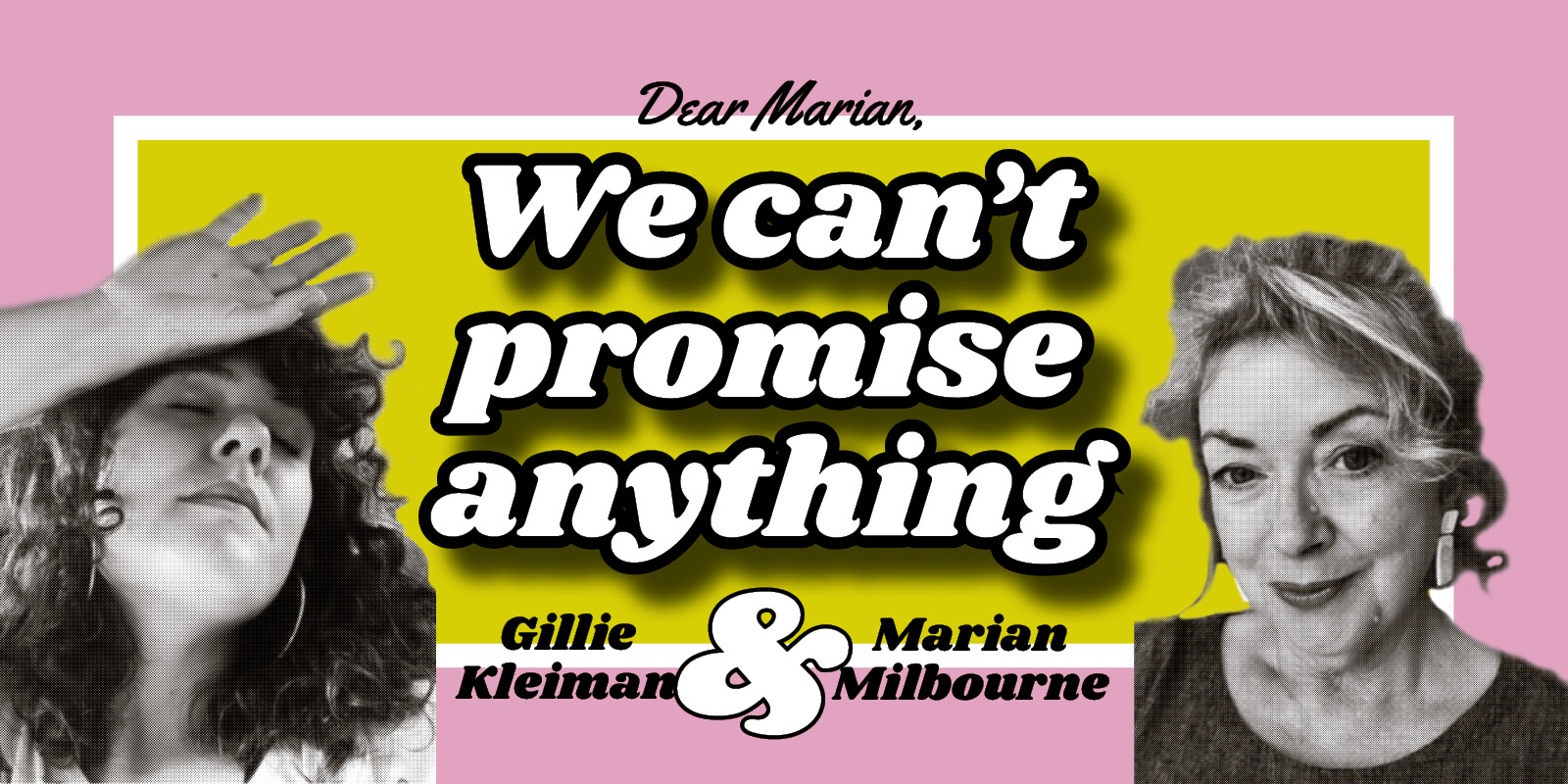 I have been thinking, speaking and writing about the virtues and challenges of non-professional performance for about five years. Five years! Mostly this has been about contemporary experimental dance, authored chiefly by professional choreographers and presented in professional venues and festivals, where at least part of the performing cast are non-professionals. If you want, you can read my PhD online and find out more about that.

In my thinking and writing I have been in a particular position: that of the professional. I am a choreographer and do other things in dance, so I can’t even pretend I occupy any other sort of role than a Professional Dance Person. In my doctoral research I leaned into this, and tried to think from that position, rather than taking up other possibilities in the research, such as interviewing non-professional participants in the projects that I was making, watching and analysing.

I am not my work. I do things other than my work. I have meditation and yoga practices, I am part of a Buddhist study group, I exercise, I see my pals, I watch the telly. But since lockdown began, I’ve been able to start doing other sorts of things that I thought I didn’t have the skills to do. I’ve started a small vegetable garden – I can see my corn, lettuce leaves, butternut squashes, tomatoes, courgettes, radishes, spring onions and the rest as I sit at my desk. I have become pretty absorbed in the details of sourdough baking, learning about different sorts of flour, discussing the bulk fermentation with my housemate before agreeing to shape, and learning that autolyse is pronounced auto-leez. It turns out that growing things and baking bread don’t necessarily require specialist skills and aptitudes, but they do require time and headspace. Both of these pastimes overall need more time waiting than they do action, as I wait for the kale seedlings to grow strong enough to start the hardening off process, or wait for the sourdough starter to become ripe after feeding. But they also need the time to think and do research, to read recipes online and scour the Royal Horticultural Society’s research on slug repellent. They need the time to send a more experienced friend a message and get it back and have a whole conversation about whether it’s better to do a short fermentation on the counter or a longer one in the fridge. It takes time to absorb new vocabularies; many of the words I’ve used in this paragraph I simply didn’t know twelve weeks ago.

Though I have shared some of these two new hobbies with friends directly or via social media – who could resist posting a cracking, crackling freshly-baked 70% hydration boule on Instagram? – I am doing them in private. They are not for public consumption. My five courgette plants, currently flowering gloriously, will not provide enough fruit for their delicacies to be assessed beyond my immediate household, especially with current restrictions. There is something glorious, for me, about doing things that are non-essential, productive, and just for me. Of course I could buy lovely sourdough bread or get a gardener in, in principle, if not in terms of actual means, but I like the process of stretching and folding, of getting my nails filthy, of observing the robins as they observe me as I repot the seedlings. I even like the mental management of it all, setting the timer for fermenting and figuring out how many days before the frost will end I can start to take the plants outside for holidays. The doing of it is the pleasure, quite as much as the material reward.

Having said that, I think there’s something to discuss here about the relationship between the material and the immaterial that would benefit from a little pause. I am not writing, here, with what I would consider a scholastic agenda, and am really trying to avoid turning this into an academic paper because that would undo something for me right now. Perhaps, as I find myself writing this, I am indicating that this writing, too, is becoming a hobby, and that I am relishing it in a way that I have not had access to for really quite a long time, because my writing has made me money or got me qualifications or both. Like many others, I resist the distinction between material and immaterial in terms of labours, just as much as I am not comfortable with imagining that performance-making is really immaterial, because it seems to undo more nuanced understandings from all sorts of practical and academic fields – including my own, in dance and dance studies – that so robustly and thoughtfully rebuild divides between body and mind, between process and outcome, between the doer and what is done.

I am getting a bit lost here, but I don’t mind, because I am doing this because I feel like it. I am enjoying stopping and watching the bluetits out of the window eating from the birdfeeder where my housemate has put some leftover pastry. (Interesting about that birdfeeder: I bought some fat balls from Waitrose and they disappeared in about a week. I thought I couldn’t afford to sustain the songbird population of Heaton with such gourmet dining, so I bought a massive tub of them from Home Bargains. They’re not interested.)

I got lost and now I’m attempting to find myself in this, again, a few weeks later, with a different train of thought.

I have begun another new hobby. I have started a radio show with my friend Marian. We are very good friends and have been for many years. We are of different generations, not that Marian would ever tell anyone how old she is or indeed when her birthday is. Marian has supported me through all sorts of terrible and marvellous life moments, and is north Newcastle’s finest agony aunt. I’ve often thought that she would make a wonderful advice-giver on TV or whatever, so when I realised that the great Star and Shadow Cinema had begun a radio station I thought I might try and convince her. She was up for it, as long as it wasn’t just about her giving advice but about the two of us discussing people’s problems.

Maybe I’ll just say a small thing about the context. Star and Shadow Cinema is a volunteer-run venue in Heaton, Newcastle upon Tyne. It currently owns a building on Warwick Street which was formerly a carpet shop. Inside there is a cinema, a gig venue, a cafe area and other rooms that are used for other things. Lots and lots of people volunteer at the cinema to different degrees of intensity. Officially I am a volunteer because I have had an induction but I’ve done very few shifts. I go in and out of feeling like I want to be involved for many reasons which I won’t unfold too much here (but maybe later).

Because the radio station is part of the Star and Shadow, it too is volunteer-run. This doesn’t mean that the people doing things don’t have skills. Like me, many of the people work professionally in the arts and come with different sorts of capacities from their work and other places. But in most cases the work that people do with and for the Star and Shadow isn’t part of any work as we might know it in a remunerated sense, it’s not counted towards a particular project or measured against a timesheet. (I know timesheets are rare in the arts but they do exist, either practically or sort of psychologically, because I have an internal one inside myself and it has been co-constructed with lots of other people during many professional arts activities, in a tacit, odd, compliant-resistant dance. What I mean is that I’m sure I’m not the only one.) This is absolutely, totally the best thing about it.

When I am working on my and Marian’s show – entitled We can’t promise anything: advice with Marian (and Gillie) – I am truly answerable to nobody. I can discuss issues practical and creative with the other volunteers working on the radio station, but unless I’m doing something really ethically problematic nobody will intervene in any way. Some programmers and broadcasters are really into getting people to listen, but the truth is that I don’t mind if you listen or not. It is such a relief to me to do something that is addressed to a public without having to do some of the worst bits of my job, like convince people that experimental cultural artefacts are worth their while (I think they are, I just loathe the persuading part). I don’t know much about broadcasting and don’t even listen to the radio that much, so am entirely unconcerned with being good or pitching to a market – again, I’m not doing this to get money and I’m not doing this to get people to listen. I am not and do not wish to be a professional radio host. There is no market. O! There is such freedom in this!

I am reminded of when I was sixteen and I was obsessed with dance. Like, really really obsessed. I went to six classes a week, every week, as well as ordinary school. If I saw the word ‘dance’ written down I would get excited (remember this is before one could watch one’s fill of dance on the internet). In the holidays, I would beg Dance City in Newcastle for use of any empty studios and get my friends to come down and I would just choreograph dances. Loads of them. Different genres of dance. Anything. I had so many ideas. Up until this point I had probably seen no more than 10 professional performances (and lots of youth and community performances), so I didn’t know to what I was relating, and it didn’t occur to me to care. I just wanted to do it. It was fun.

I don’t have this relationship to making performances now. I am too knowing; I am too educated, too experienced, and have seen too much. And I’m invested in the market: I want to make money from what I’m doing, and be perceived well, and generate some value for myself and the world. It feels totally fraught, fragile and tense at the same time, shallow of joy. That’s not to say that I don’t enjoy lots of it: I have mostly been doing the related job of teaching dance and performance for the past nine months and though it has been great my richest conversations came in those moments when I was working with Greg on our show. Making art is fantastic. But ‘being an artist’ has so many drawbacks.

Making the radio show with Marian doesn’t have those drawbacks. It has some similar elements to my professional work and it is mighty fun to exercise those whilst doing something totally else. Being an amateur in public is a different ride to making stuff at home just for myself: there’s a sense of being seen, making something for others to enjoy not more than me but in order that they can join in with my fun.

The more I write about this the more I realise that there’s much more to say. But like my radio show this is a non-professional blog, so this doesn’t have to be perfect or exhaustive (I remind myself). So I’m going to stop now. More soon.